– Central location: 30 minutes from the technology hubs of Kitchener and Waterloo, an hour from Toronto, 75 minutes from London, an hour and a half from the U.S. border.
– GO Service: four morning and four evening trains between Guelph and Toronto.
– Clean environment and generally high standard of living: Guelph is consistently rated as one of Canada’s best places to live according to MoneySense.
– Low crime rates: second lowest crime rate in Canada in 2014, at 43 per 100,000 population, compared to the national rate of 68.7 .
– Lowest unemployment rates in the country: 3.9 per cent, compared to the national rate of 7.3 per cent.
– Growing population: Guelph is the fifth fastest growing city in Canada with a population growth rate of about 2% per year. Canada 2016 Census population 131,794.
– Fantastic education: four school boards operate in the city, there are numerous elementary and secondary schools, also private schools. Post-secondary institution University of Guelph, one of Canada’s top comprehensive universities.
– Guelph has witnessed a steady, 5-7% annual increase in housing prices over the past few years, 12-13% increase in 2016.
– Guelph housing is exceptionally affordable compared to prices in Toronto, Mississauga and Milton.

Stay Up To Date – Sign up to receive my monthly real estate market update. 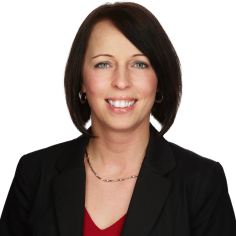 Connect with Me on:

© 2021 Anita Orosz | MLS®, REALTOR®, and the associated logos are trademarks of The Canadian Real Estate Association. | All rights reserved.

Not intended to solicit Buyers or Sellers already under contract.